Walk through varied, hilly terrain along the beautiful Flensburg Fjord.

Immerse yourself in the unique Danish-German culture of South Jutland.

Look out for porpoises, kingfishers, salamanders and wild orchids.

Relive the 1864 Siege of Dybbøl at Dybbøl Bank Museum.

The Gendarme Path (Gendarmstien in Danish) is one of Denmark’s most beautiful hiking routes and was the first Danish route certified by the European Ramblers Association in 2015. This means that the trail meets the criteria for varied landscapes, natural attractions, beautiful views, heritage, infrastructure, surface and signage. The Gendarme Path is marked by a blue ‘gendarme’ and the route is extremely well-marked and easy to follow throughout.

The Gendarme Path connects Padborg on the Danish-German border with Skovby on the island of Als in southeast Jutland. The 84-kilometer coastal hiking route is divided into five day-stages: the Mountain stage, the Brick stage, the Crow stage, the Beach stage, and the Mill stage. Each stage meanders along the shores of the Flensburg Fjord and offers a varied and sometimes hilly landscape. Along the way, you have many opportunities to experience rare plants and animals – from orchids, frogs, and birds to tunnel valleys, cliffs and stone reefs. At the same time, you can explore the history and the many myths and legends associated with the Gendarme Path and the borderland. The path follows the coastal stretch where Danish border guards patrolled until 1958 to keep an eye out for smugglers bringing goods in or out of the country without paying the customs duties that for centuries were one of Denmark’s most important sources of income. As you follow the Gendarme Path, it is not hard to imagine how the border gendarmes kept both eyes and ears open as they walked their steady routes on foot along the steep slopes, through the secretive forests and along the flat beaches.

What does the word ”Gendarme” actually mean?
The word “gendarme” is used in many countries, but can be traced back to the French “gens d’armes”, which means “men under arms”. The French gendarmes were elite soldiers and served in the 15th century as bodyguards for the king. Since then, their tasks evolved to include assistance to the police in critical situations.

Your walking holiday along the Gendarme Path starts in Padborg. Once you have checked in at your accommodation, you can take a stroll around this pleasant border town. Sights of interest include Bov Museum (Oldemorstoft), Kruså Watermill and Frøslev Camp’s Museum. You could also take a short trip across the border to Germany and visit the small historic town of Kupfermühle, where a copper mill was opened by Denmark’s King Christian IV in the 1600s. The mill was in use until 1962, and today you can gain insight into its history at the Kupfermühle Museum.

The first stage of the Gendarme Path is named the Mountain Stage. As the name suggests, it is on this part of the route that you encounter the most hills – although, being Denmark they are not too challenging!

From the start of the Gendarme Path in Padborg, you walk towards Kruså through a distinctive landscape characterized by Kruså Tunnel Valley, which was formed during the Ice Age. Continue along the border towards Kollund, across a hilly landscape of coastal woodland. Just across the border is the town of Kupfermühle (in Danish: Kobbermølle). The town is named after Kruså Kobbermølle, built by Danish King Christian IV in 1612 along with associated workers’ housing. You can cross the border to visit Kupfermühle via a short detour from Gendarmstien. Continuing toward Kollund, you can take a break at Hotel Fakkelgården with restaurant and outdoor terrace.  From Kollund you walk towards Sønderhav, where the Ox Islands rise out of the blue water of the fjord. According to legend, it was either here or out on the fjord that Queen Margrete I died in 1412 on her way back from peace negotiations in Flensburg. Visitors can sail from Sønderhav to Store Okseø in the summer period. From Sønderhav you continue towards Stranderød, passing several small houses that were once used as homes for the border gendarmes.

The Brick Stage has been named after the area’s previously thriving brickwork industry. For over 1,000 years the locals collected clay from below the soil and used it to build homes, churches and castles. Until the middle of the 20th century, tiles and bricks were still made by hand. On your route today you will find bricks of all shapes and colours scattered on the beaches. Like pearls on a string, the bricks lay strewn along the coast.

Today’s route first takes you to Egernsund on the outskirts of Gråsten. Until reunification in 1920, people and artists from Germany flocked to stay at health resorts or the artists’ colony in Egernsund. The Egernsund art scene is still renowned today in Germany and Museumsberg Flensburg has a fine permanent collection of about 50 paintings by Egernsund artists. Egernsund also boasts a fine church built from local stone.

The Crow Stage is so called because it passes through the area ”Kragesand” (crow sand) – or perhaps it’s named after the Danish proverb, ”it is so distant that even the crows turn…”

From Iller you walk towards Kragesand on the southern tip of Broagerland.  You walk mainly along the coast with beech forests and steep slopes, as well as a few smaller villages. This stretch of coast was once roamed by pirates and Skrækkeshøj was home to a pirates’ lair. Several place names can be traced to a pirate named Alf, who was captured and hanged in 1298.

Just east of Kragesand, the trees on the slope form a tunnel known as the “Liebestunnel” (tunnel of love). Further on, you follow a stretch along the beach before reaching Skelde Kobbelskov. In this forest you will see many well-preserved round and long barrows. These are burial mounds, where skeletal remains, flint axes, jewelry of amber and clay vessels have been found. In the cliffs at Stensigmose, you may be lucky enough to find fossil deposits of clams, snails, and sea urchins.

The Beach Stage on the Gendarme Path leads you past some of the best beaches along the hiking route – from the child-friendly beach “Vemmingbund Strand” to Sønderborg’s popular beach “Sorte Strand”, both beaches have the famous Blue Flag.

Today you head for Sønderborg, the largest town along the Gendarme Path. After a few kilometers of hiking along the coast – sometimes directly on the beach – you reach the old fishing village of Vemmingbund. Here you can enjoy a refreshment in Vemmingbund Cafe & Restaurant. After another 3-4 km, the path passes Dybbøl Bank and its iconic windmill. This was the site of the Siege of Dybbøl, where Denmark in 1864 lost the war against the Germans and with it the duchies of Schleswig and Holstein. The historical event is excellently described in the Historiecenteret museum on the top of Dybbøl Bank.

You continue along Sønderborg Bay and cross the bridge to Sønderborg on the island of Als. You should have time to explore the town’s historic centre, where you can see the many characteristic Art Nouveau buildings with beautifully decorated façades. It is also worth visiting Sønderborg Castle, which was built in the Middle Ages to protect the realm. It was used as a Prussian barracks after the Danish defeat at the Siege of Dybbøl but is now back in Danish hands and today houses a museum of Southern Jutland’s history from the 1500s to the present day. In the summer, many of the Southern Jutland towns hold jousting tournaments, which you can get an insight into by visiting Sønderborg Ringridermuseum.

The Mill Stage takes you past the recently restored Vibæk Water Mill. Built in 1756, it is the only one of ten original Als-style water mills still remaining. Both the water mill and mill farm have been beautifully restored and give a good impression of what a mill system looked like in the late 1700s.

The final leg of the Gendarme Path takes you to Skovby on Als. You first walk along Sønderborg Bay to Høruphav, passing through the Trillen wetland nature reserve, where there is a very rich bird life. On the outskirts of Høruphav, you pass the bunkers at Hørup Klint. During WWII the German occupation troops took over the old torpedo station and converted the facilities into an experimental station. There were many rumours about what was happening here. In reality, they were developing systems to intercept the Allies’ radar systems.

After another 4 km you reach the end of the Gendarme Path at Skovby. You can reward yourself with a cup of coffee and an ice cream at Migges Bakery or a beer at Skovby Kro before your pre-arranged transfer back to your accommodation in Sønderborg.

Your walking holiday on the Gendarme Path comes to an end after breakfast this morning, unless you have booked any additional services with us.

You can take a train from Sønderborg Station. 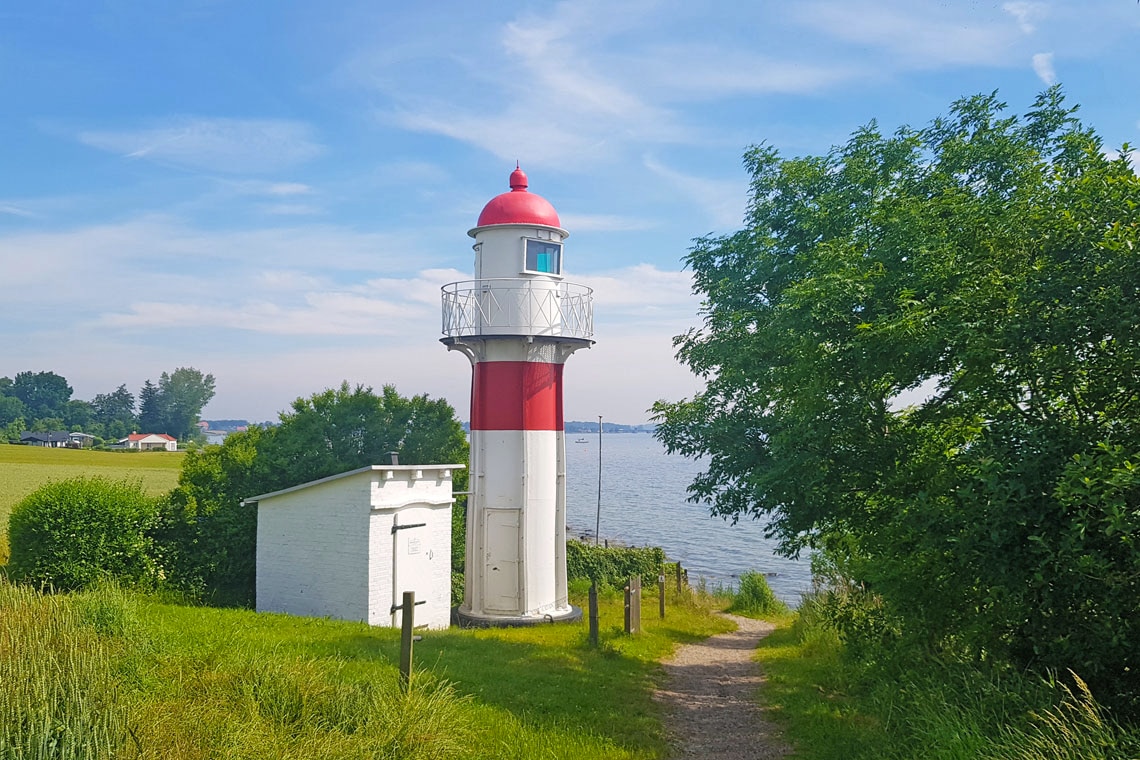 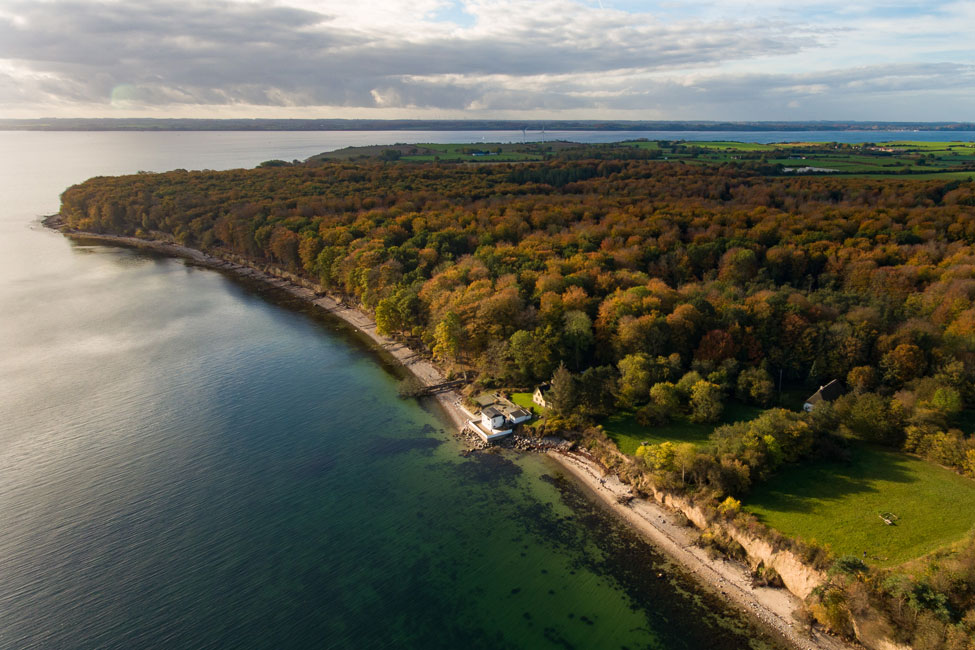 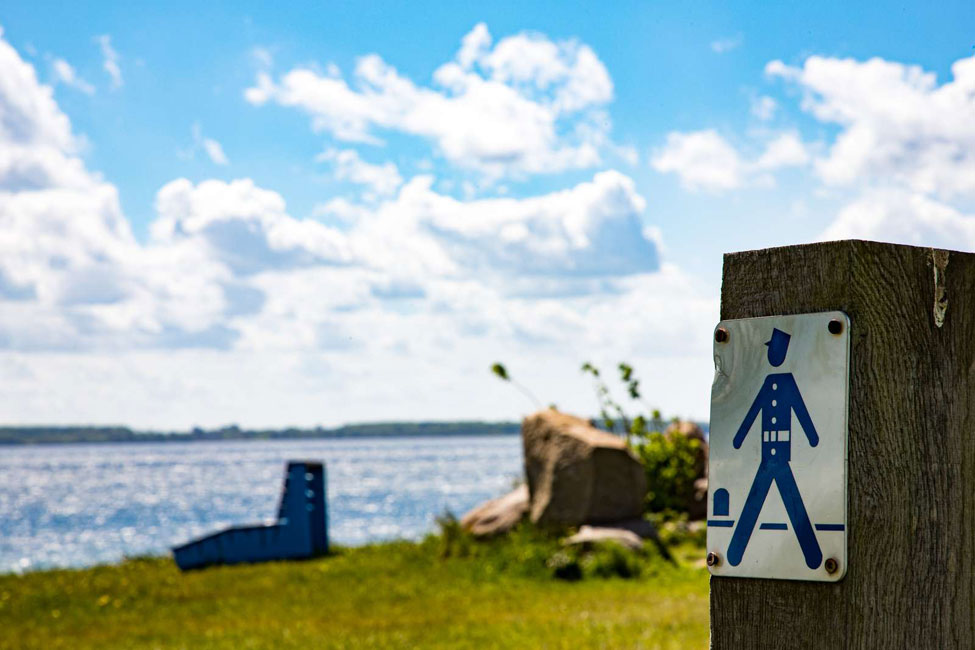 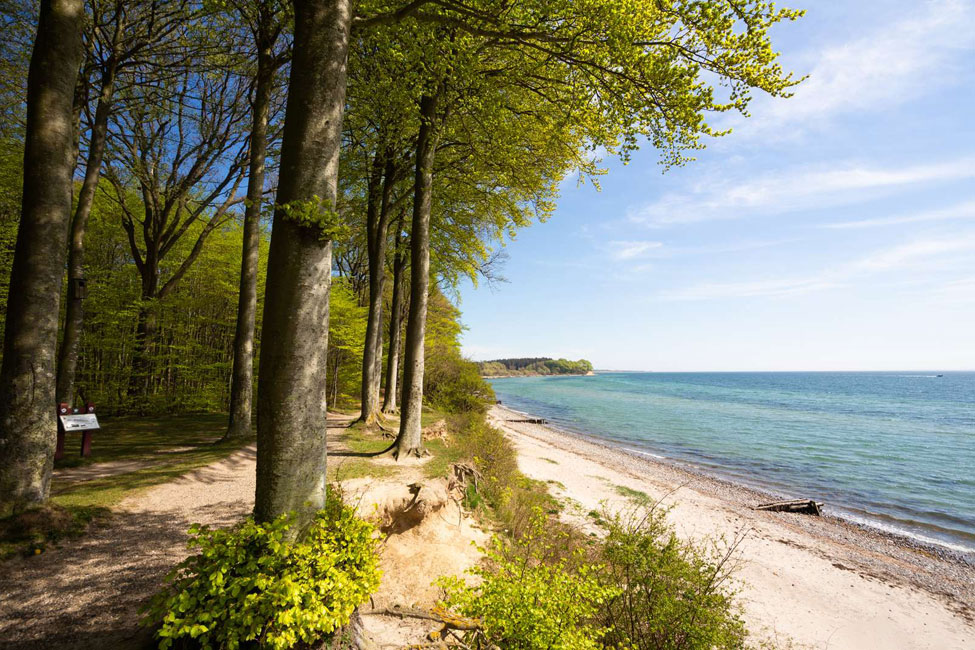 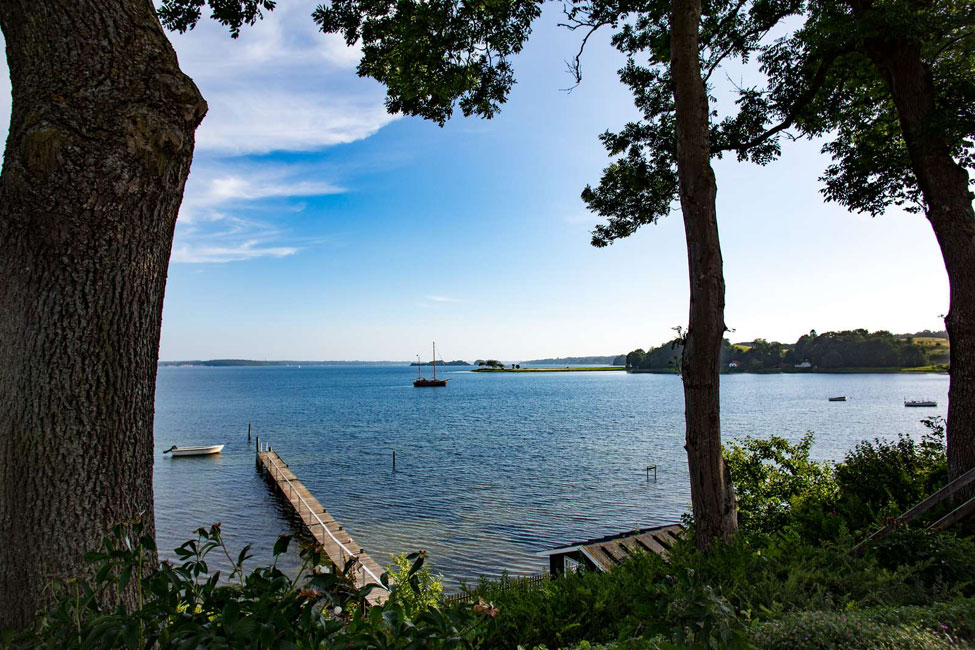 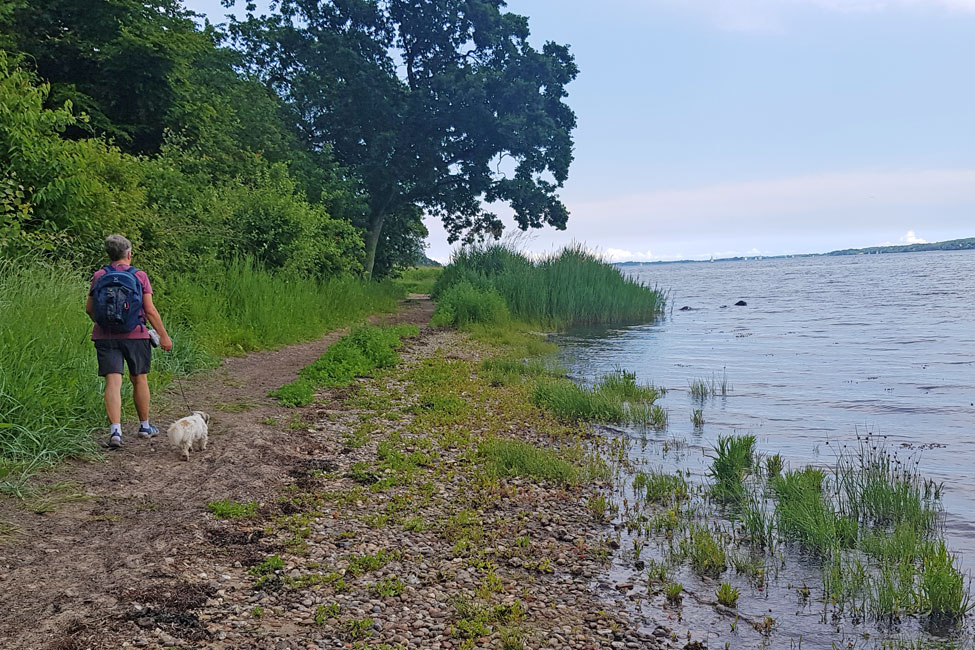 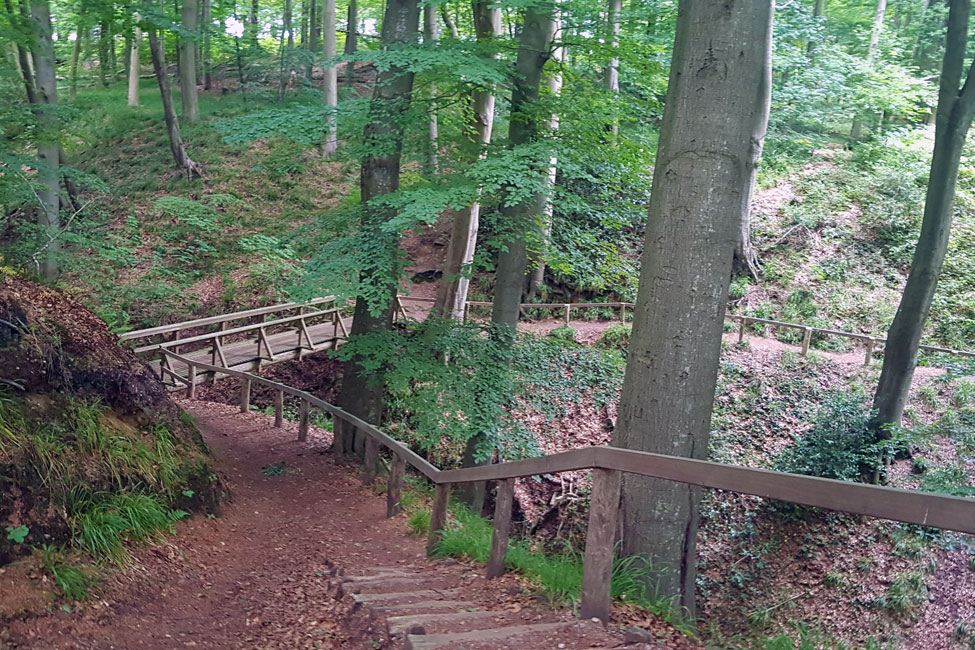 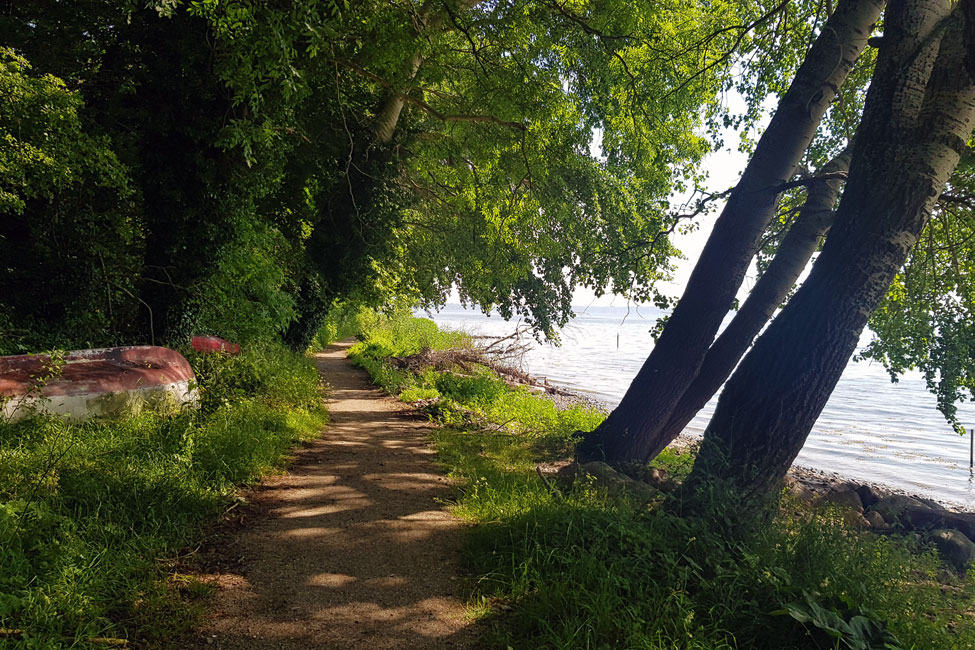 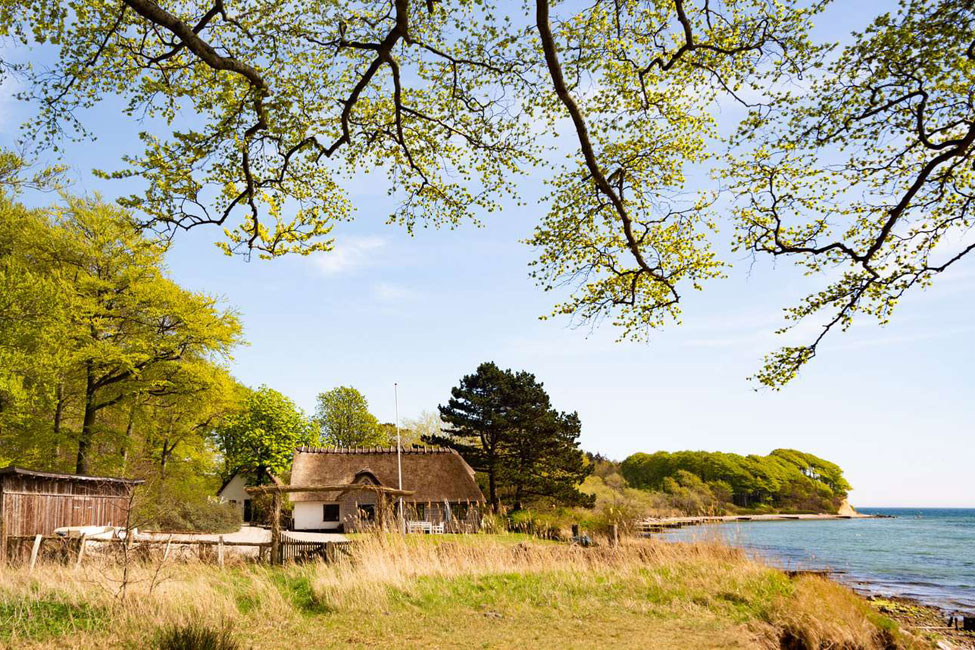 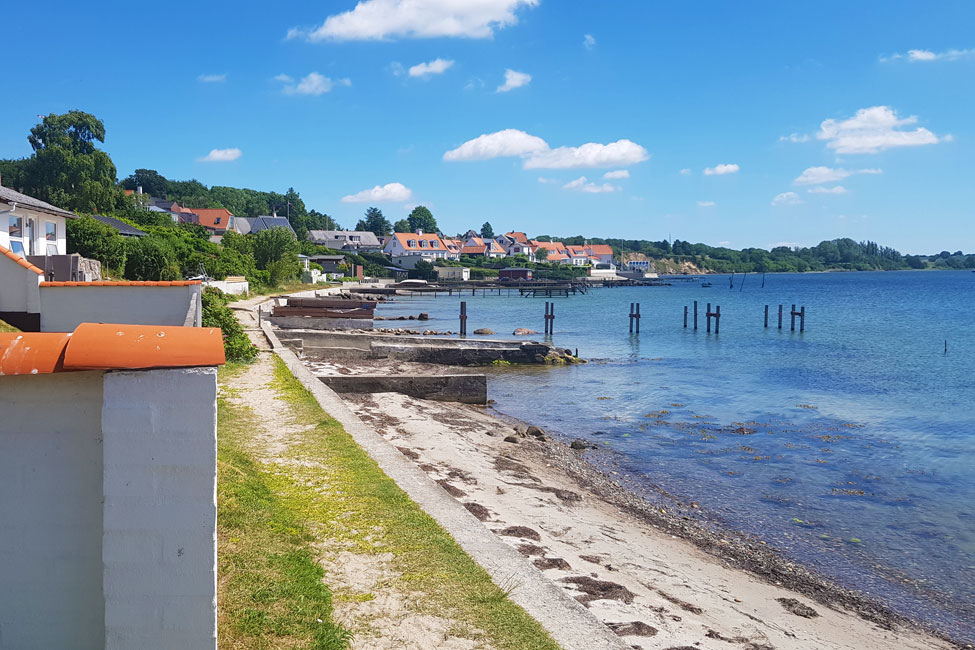 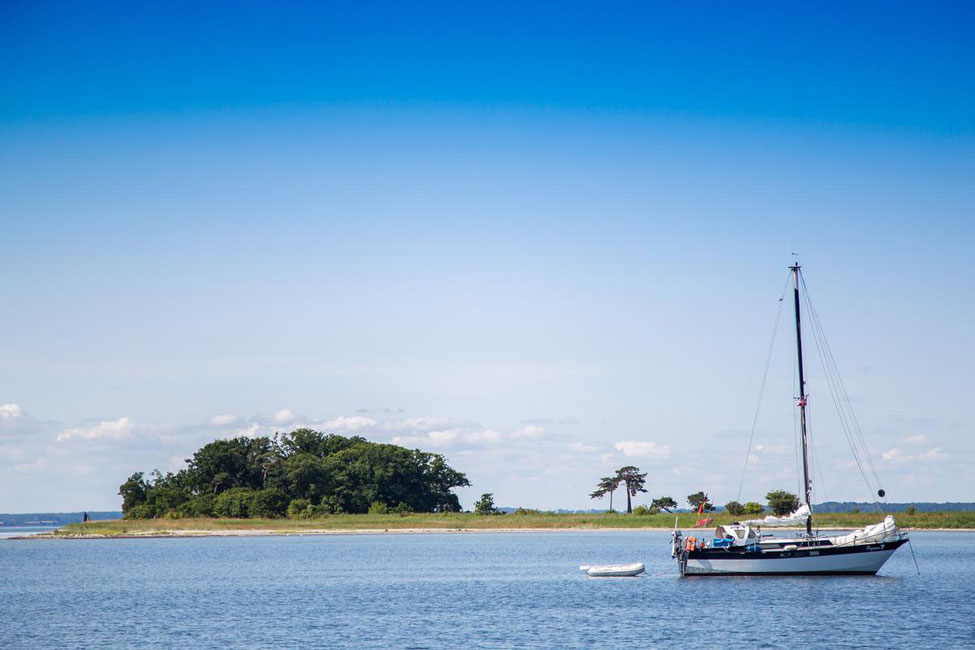 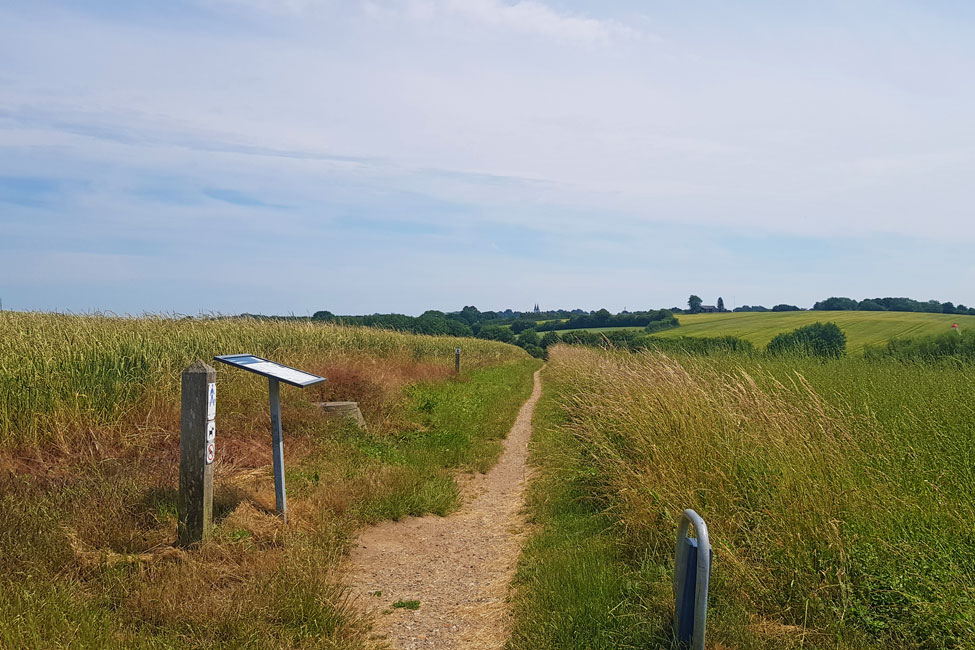 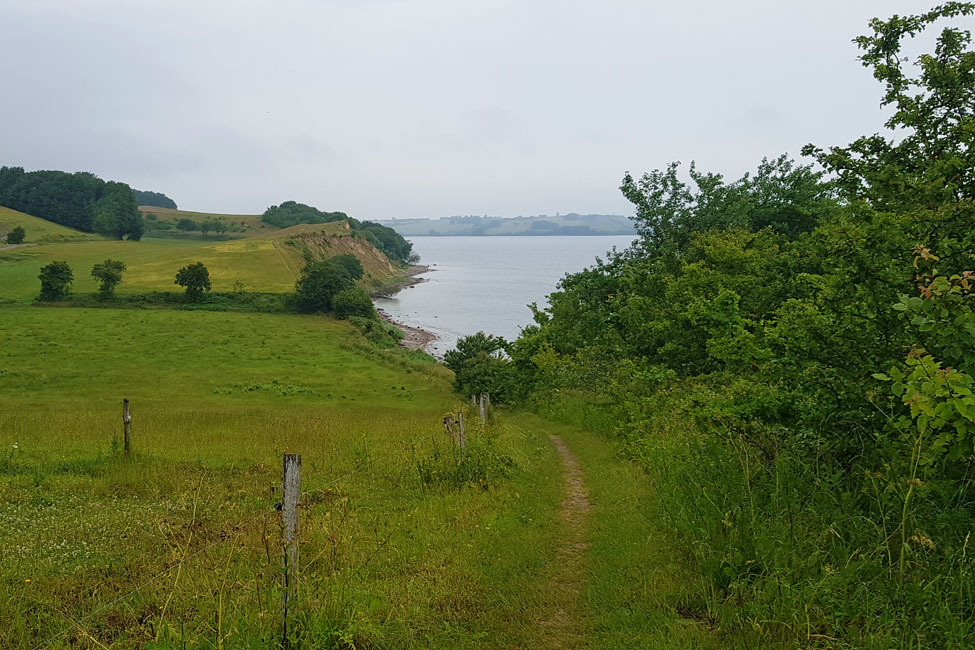 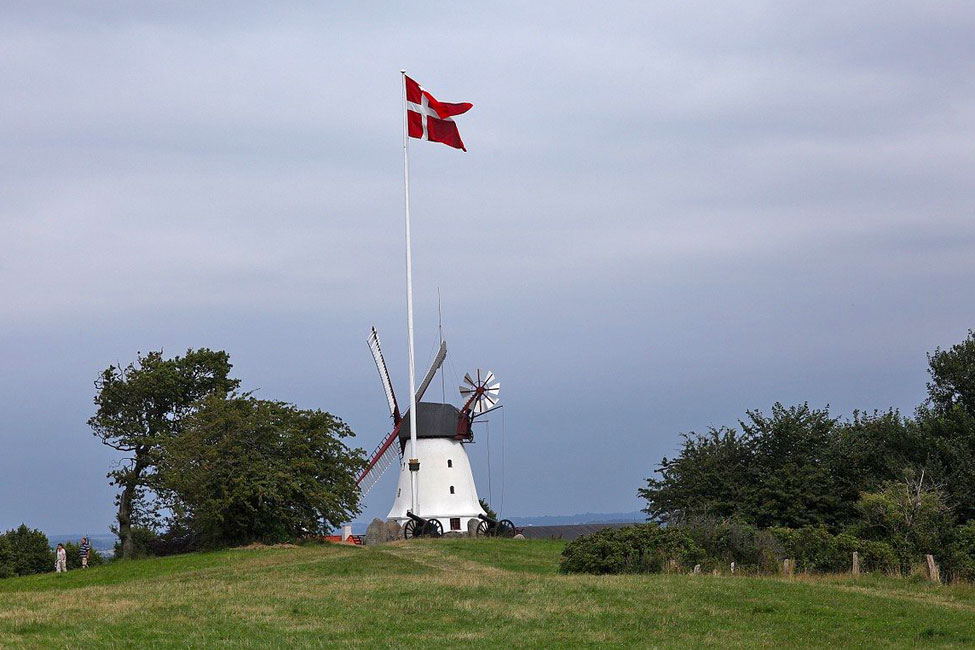 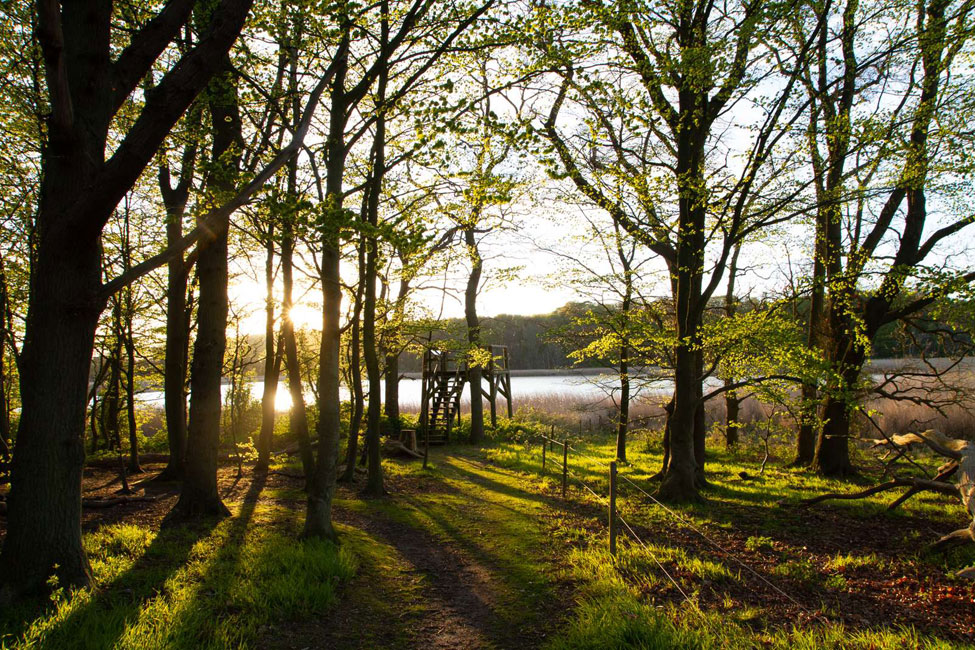 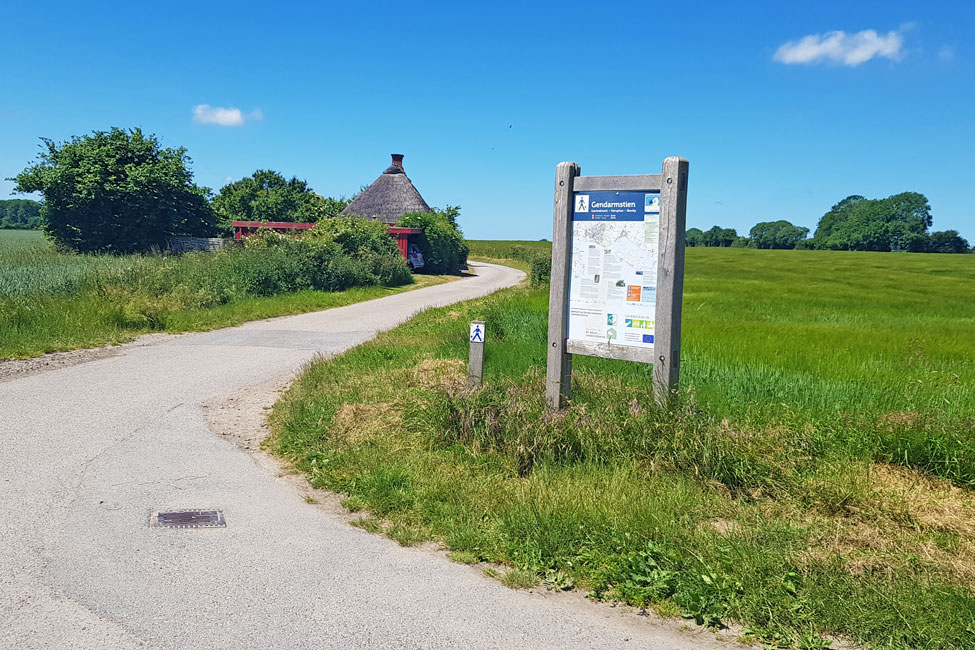 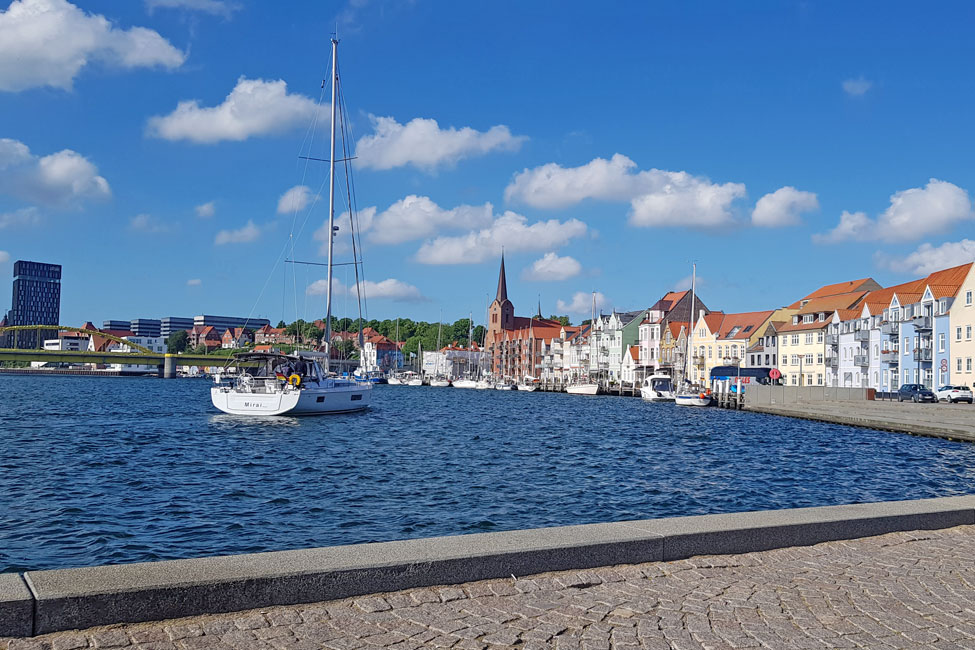 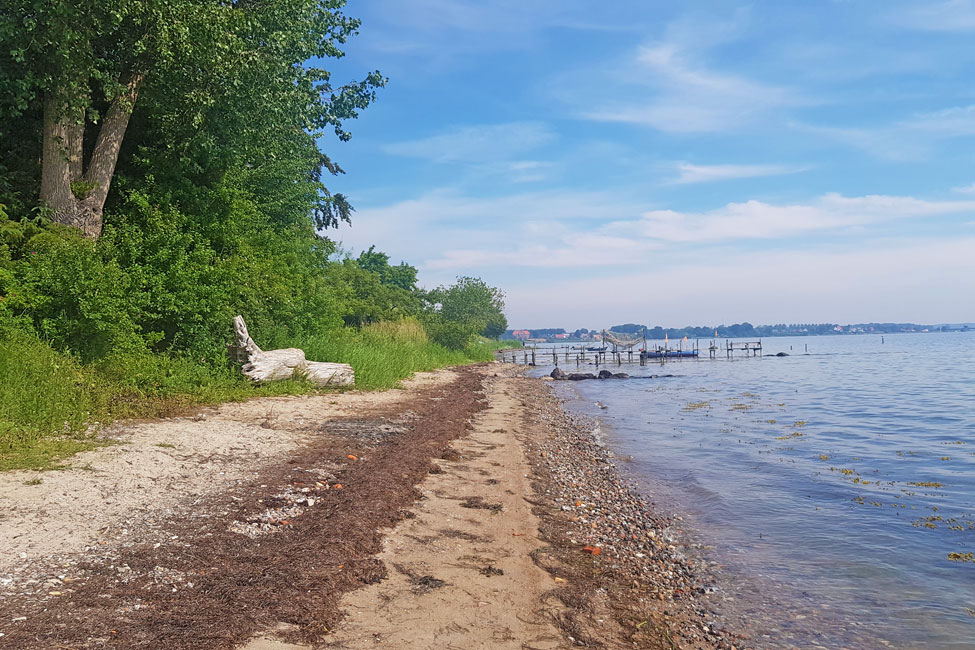 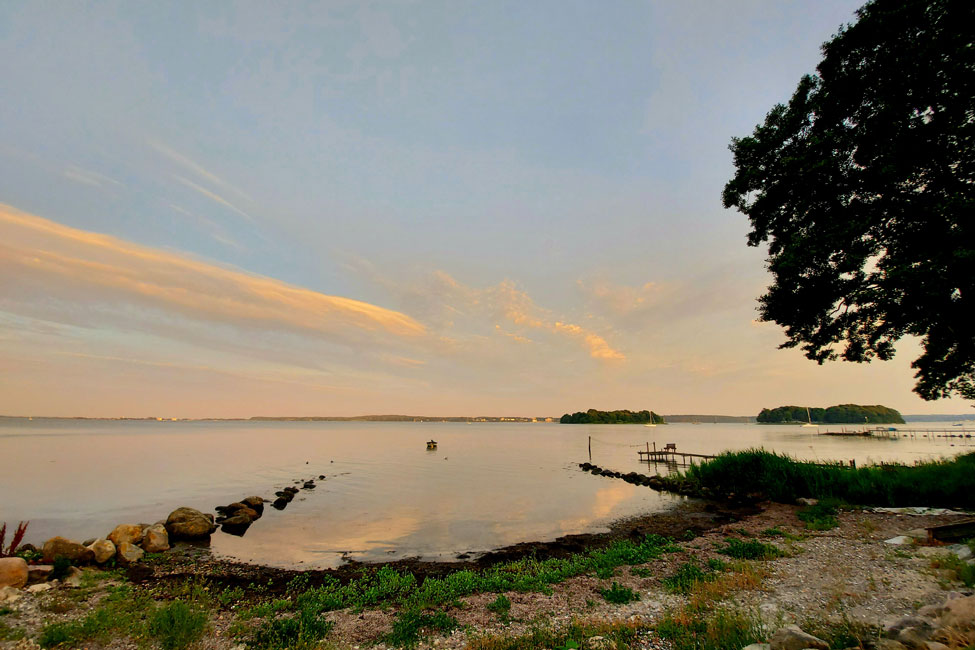 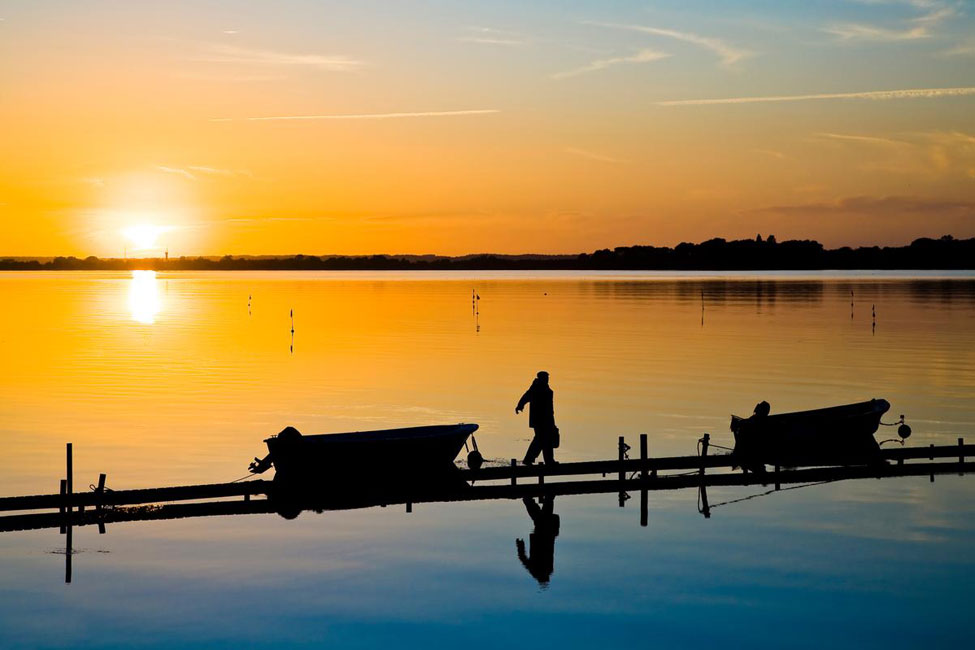