Follow quiet and easy cycle paths from Holland into Belgium

Cycling on excellent bike paths from Holland into Belgium

Cycle past the UNESCO World Heritage Site of Kinderdijk, with its 19 windmills

Pass through many historic Dutch and Flemish towns

This 8-day self-guided cycling holiday takes you through the ‘green heart’ of Holland before crossing into Belgium to finish in the picture-perfect medieval town of Bruges – known as the ‘pearl of Flanders’.

Beginning in the bustling and cosmopolitan city of Amsterdam, you will cycle in a south-westerly direction on excellent cycle paths. This cycling route is predominantly rural in character and passes through a number of nature reserves, such as the Biesbosch wetlands, as well as the famous Kinderdijk marshlands and windmills. Of course, you will also encounter many historic and picturesque towns and villages along the way. These include Gouda, Dordrecht, Willemstad, Zierikzee, Middelburg, Vlissingen, Sluis and Damme – all remarkably well-preserved and evocative of centuries past.

Your cycling holiday begins in Amsterdam, famous for its gorgeous 400-year-old canal district and collection of world-class museums. Try to arrive early so you have time to admire the elegant tree-lined canals and tall narrow townhouses and warehouses dating from the 17th century.

Leaving bustling Amsterdam, you quickly find yourself cycling in complete tranquillity through Holland’s ‘green heart’. This is a very pleasant rural area of low-lying polders and meadows with grazing cattle.  It is a flat, open landscape where church spires and windmills line the horizon and fluffy white clouds are reflected in the still lakes and canals. For centuries, people flocked to the local markets in Gouda to buy horses, cows, meat, turf, seed, and of course cheese!  We recommend an evening stroll around the old part of town to soak up the old-world atmosphere. The large and attractive market square boasts a wonderful fifteenth century town hall as well as an old weighing house.

If the 79 km is too long for you then you can cover the last stretch of the route by train. The cycling route is then only 56 km.

There is also the option to split this day by booking an extra overnight in Woerden. This splits the journey from Amsterdam to Gouda into two cycling days of 48 km and 38 km.

From Gouda you’ll continue your cycle through the “Green heart of Holland” to the village of Kinderdijk. Here you will find a quintessentially Dutch landscape of marshes and waterways, overlooked by a row of 19 windmills which have been standing majestically since 1740. Historically, they were used to drain excess water out of the low-lying polder up into the River Lek. One of the mills is open to the public.

Your destination for the night, Papendrecht, is just a short ferry crossing away from Holland’s oldest city, Dordrecht. Dordrecht is completely surrounded by water, and its strategic position made it an important trading town throughout the centuries. Beautiful bridges take you across the water into the heart of town. Around the harbour you will see many monumental buildings.

The hotel in Papendrecht is just 3 km outside the centre of Dordrecht on the north banks of the river. It is possible to upgrade to ****Hotel Bellevue Groothoofd, if you prefer to stay in the centre of town. Here the bike can only be parked outside, in front of the hotel (with camera surveillance).

Today’s cycle route takes you through the Biesbosch National Park, one of Holland’s largest areas of natural landscape. The result of a major flood in 1421, Biesbosch is one of the few remaining wetland habitats in Europe where the ecosystem has adapted both to saltwater coming in from the sea through tidal creeks, and to freshwater coming down in the rivers. It’s an ever-changing labyrinth of creeks and riverlets encompassing countless little islands of willow woods and reeds, a paradise for birds, beavers and deer.

Round off the day in Willemstad, a fortified town shaped like a seven-pointed star.

Today you will enter the province of Zeeland, an area characterized by light, wind, water and lots of space. It is essentially a vast delta, into which many of Europe’s rivers drain. You will use a combination of bridges and ferries to make your way between Zeeland’s islands and peninsulas and drift down towards Belgium.

Picture-book towns with ancient houses and cobbled streets await you over the coming days. You will enjoy very pleasant cycling through a patchwork landscape of vast polders, idyllic countryside, rolling dunes and golden sand flats.

Overnight tonight in the wooded hamlet of Schuddebeurs.

Begin your day with a stroll around the narrow streets of Zierikzee. Quaint little old houses take you back in time to the town’s glory days when ships set sail carrying salt, wool, fish, grain and red dye as far afield as the Baltic and the Mediterranean.

Your route then continues to the charming village of Veere. From 1541 everything that was imported to Holland from Scotland (mainly wool) came ashore in and was distributed from Veere. This contract brought the town not only prosperity but also a very lively Scottish expat community.

Cruising further south, you will discover the nostalgic splendour of the city of Middelburg, capital of Zeeland. Featuring a majestic harbour, the town was one of the Netherlands’ most important centres of trade In the 16th and 17th centuries.

After a hearty breakfast, you will cycle to Vlissingen. After Vlissingen hop on a ferry boat to Zeelandic Flanders with its winding country roads, pollard willows, wet meadows and scattered villages. Having crossed the border into Belgium, you will reach the charming little town of Damme on the banks of the romantic Damse Vaart. From here, it’s only a short stretch to Bruges, the pearl of Flanders!

Bruges is an enchanting town that has been welcoming tourists for about 150 years. With most of its medieval architecture intact, it remains exceptionally well preserved and can really give you a sense of times gone by when it was at the centre of the European wool and cloth trade.

Your cycling holiday comes to an end this morning after breakfast. 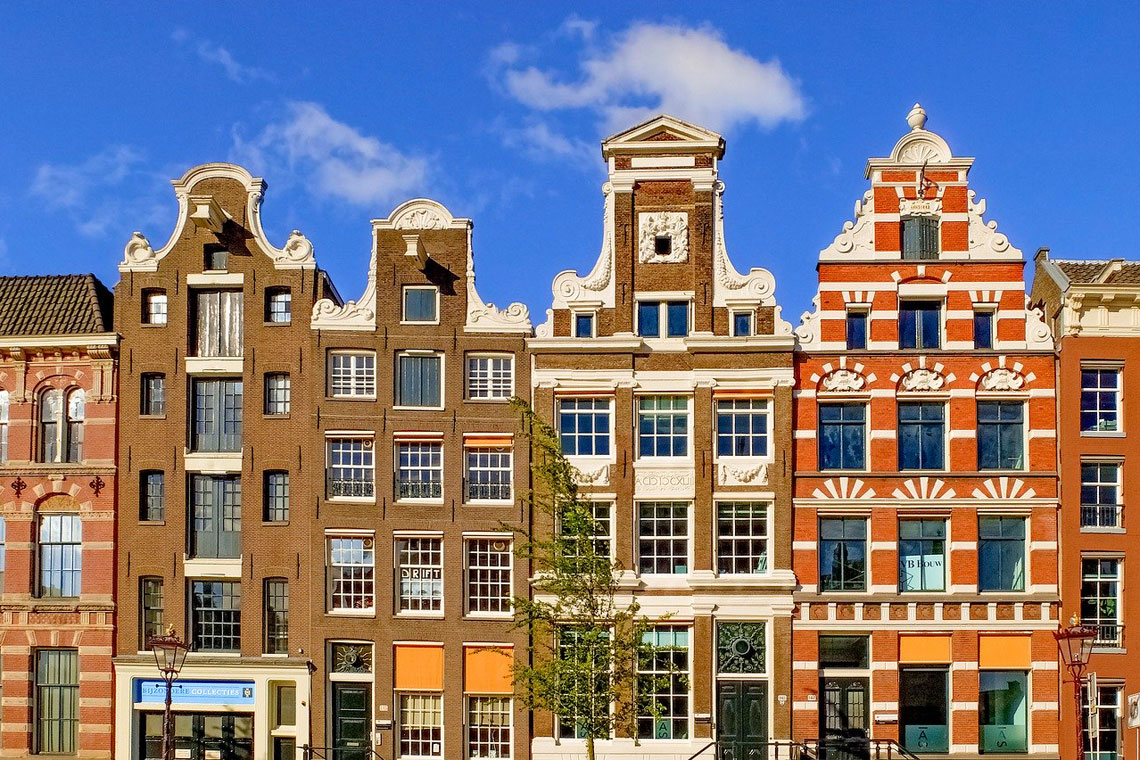